Get fresh music recommendations delivered to your inbox every Friday.

Songs from a Pandemic Winter 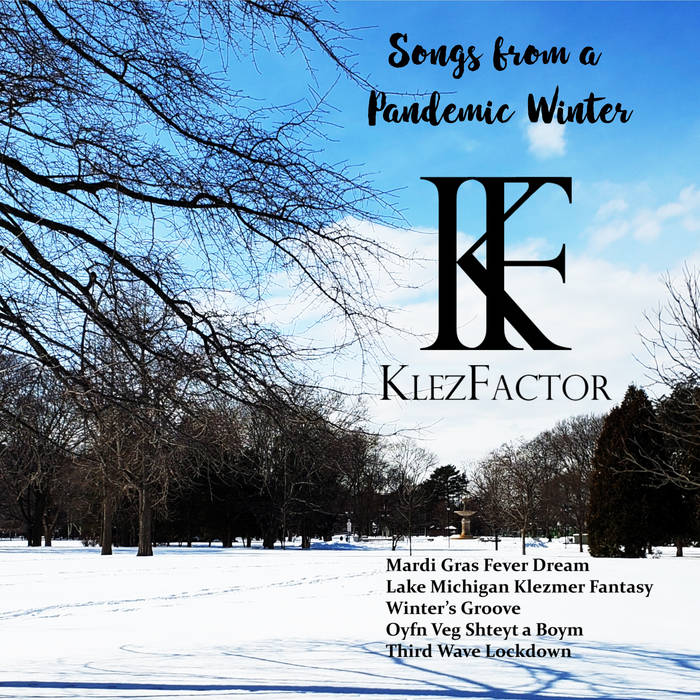 KlezFactor emerges from the winter of Covid-19 with five new songs recorded at home by all of the band members! With four new songs composed by Mike Anklewicz and a brand new arrangement of one Yiddish lullaby, KlezFactor's core is joined by new friends and old to bring you an eclectic mix of styles and genres in the classic KlezFactor style!

Produced and Mixed by: Mike Anklewicz

Thanks to Christian Ledroit and Reza Moghaddas for consultation on mixing.

KlezFactor, Toronto’s most unique sounding Klezmer-fusion ensemble, has been bringing their sound to the world since 2004. KF is releasing their 4th album after their previous three “The Golem of Bathurst Manor” (2005), “Klezmachine” (2008), and "Europa" (2016) have garnered airplay and attention around the world for their musicality, originality and seamless blending of musical styles. ... more

Bandcamp Daily  your guide to the world of Bandcamp

Damu The Fudgemunk shares his recent collab with Def Pressé, plus jams from Common and more